A number of our own staff are active in the community, spending hours of their time, involved in community ventures that mean something to them.

Through our Staff Participation Programme, South Hook LNG recognises the hard work and commitment of our staff volunteers, by giving a financial boost to teams and clubs that they support. 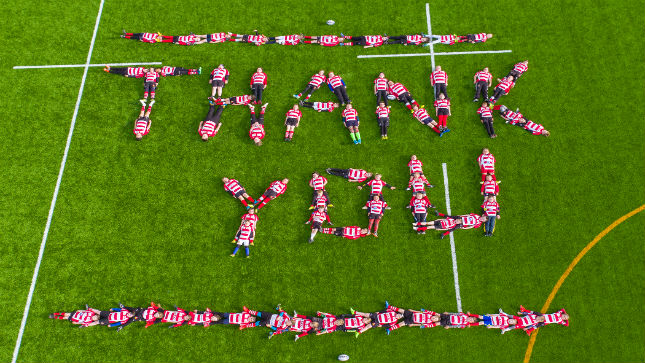 The Club relies on fundraising efforts, such as car washes and Easter Bingo and all monies are reinvested directly into the children’s rugby, training aids or contribute towards providing undercover facilities for winter training sessions.

“Thank you to South Hook LNG for the donation,” said Karl. “Everyone at the Club is very grateful”. 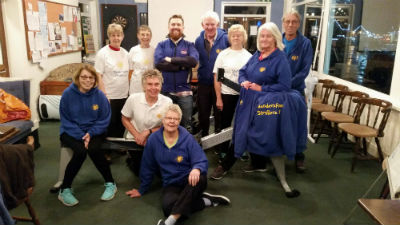 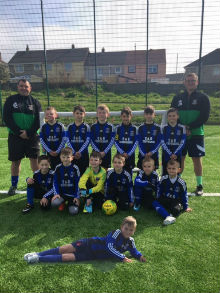 Simon has been an enthusiastic member of Wiseman’s Bridge Rowing Club (WBRC) since 2006 and has been instrumental in the clubs development. Simon coaches and provides instruction for those that want to learn to row regardless of age, gender or ability!

The club’s ethos encourages individuals of all ages and abilities to join in, such as the Local “Tenderfoot” Disability Sports Group and Saundersfoot Strollers #StrollerRowers, an over 60s activity group.

Simon is keen to thank South Hook LNG, saying, “The match funding has meant that we have been able to continue our high standards of training and development within the WBRC, including Child Protection, Disability Inclusion, Safety at Sea, First Aid and Defibrillator training.”

You can watch Jamie out in all weathers, coaching the Hakin United Under 7s with their football skills. Given the lack of young football teams in the area, Jamie was inspired to get involved and last year proudly supported the young team as they won one of the county football tournaments.

“We had a great season last year”, said Jamie.  “It was such a proud moment for myself and Tristan, one of the other team coaches; we both have sons who play football in this age group. I would like to thank South Hook LNG for their generous donation to the Club, which has supplied training tops and equipment for the squad.” 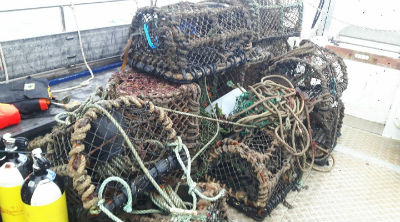 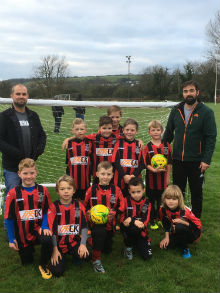 Andy is keen to stress, “Marine litter is big global problem. NARC is trying to make a difference around the county’s coastline, by contributing to national data collection studies and helping to educate people why it is so important to protect the future of our seas.” Andy continued, “The donation received from South Hook LNG, will help the group continue its important work.  This support is really appreciated.”

Anthony spent much of his youth playing football, so thought it was important to give something back.  Anthony is now involved coaching the youngsters of the Tenby Under 7’s team and have had a successful first season, winning the Pennar Robins tournament.

“It has been a pleasure coaching the boys,” claimed Anthony, “I really appreciate the parents giving up their time to support the boys and Tenby AFC.  A big thank you to South Hook LNG for their very kind donation which will help finance a set of new goals.” 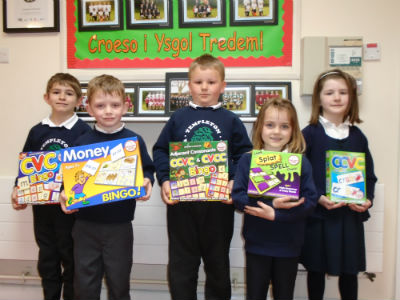 Now into her sixth year volunteering as Treasurer at Templeton C.P. School, Alex spends much of her free time preparing the school’s annual accounts and helping to fundraise.

Alex said, “It’s great to be able to help out, using some of my financial skills. Thank you again to South Hook LNG for providing further support, allowing us to purchase literacy and numeracy games for the children. Monies raised have also helped the development of a school’s Nurture Group, with the children excitedly welcoming two guinea pigs to the school!” 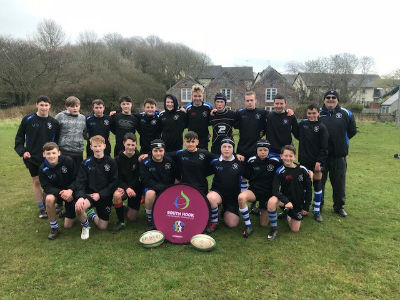 Come rain or shine, Kevin is out helping to coach the Fishguard and Goodwick RFC Under 14’s team, believing that the game helps to build individuals’ confidence and respect and encourages family involvement.

Steve Rowe, Head Coach congratulated Kevin on his involvement with the Club, saying, “Kevin is an integral part of our coaching team.  We have only lost two games this season and proud to say that we have reached the semi-final of the district county cup.” Steve also thanked South Hook LNG for the funding support, which will help finance some very beneficial team building activities for the Club.

Keen to give something back to the school that his little girl attends, Adrian is now an active member of the Friends Association for Cleddau School. “Monies raised through fundraising, make a real difference to the tight school budgets,” said Adrian.  “I am in a fortunate positon where my company is able to match fund hours, dedicated to volunteering. The school is keen to thank South Hook LNG for the kind donation which has gone towards new play equipment and a new storage facility in the Early Years playground.” 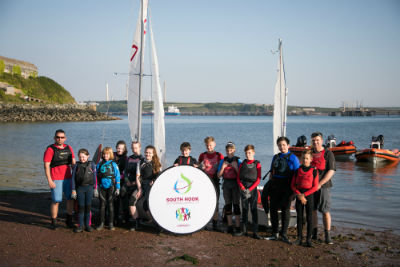 Christian and Julian dedicate many hours of their spare time to the Pembrokeshire Yacht Club (PYC) and funding received through the Staff Community Programme has been invaluable, helping with the purchase of expensive, essential safety equipment, such as VHF radios and a safety boat engine.

The Club’s sailing programme is run completely by volunteers and without members like Julian, acting as Sail Training Principal and Christian, as Chief Instructor and Club Commodore, the Club would not survive.
“We teach all ages and abilities,” said Christian, “We want to ensure there are sufficient people enjoying the sport so they will be the new foundation block of the Club for years to come.” Christian continued, “We work hard to secure grants to keep the Club running safely and to ensure our members are having lots of fun, enjoying our great Waterway.  We are very grateful to South Hook LNG for its support.” 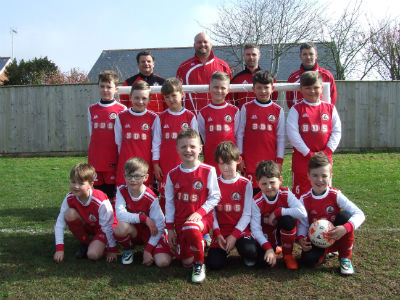 Neil is an active member of the coaching team at Milford United Under 8’s, giving children of all abilities the chance to learn football in a friendly and safe environment. Training weekly, Neil enjoys teaching the youngsters new football skills, whilst encouraging them to understand the importance of the rules of the game and playing fair.

Neil wishes to thank South Hook LNG, saying, “The Staff Community Participation Programme has been a massive help in allowing the coaching team to provide financial support for the Club.” SwimNarberth given a boost from South Hook LNG 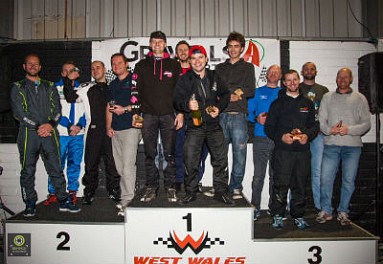 A number of local community groups and charities have received a financial boost from South Hook LNG, thanks to the fundraising efforts of people across the Company.

On a sunny late afternoon, armed with bin bags and litter pickers, a team of volunteer beach cleaners from South Hook LNG and the local village, Herbrandston, scanned the beach, collecting an array of refuse.

A team of willing volunteers from South Hook LNG recently took on the challenge of painting the main hall at the Pill Social Centre in Milford Haven, giving a fresh new look to the hugely popular community venue.