A number of local community groups and charities have received a financial boost from South Hook LNG, thanks to the fundraising efforts of people across the Company. 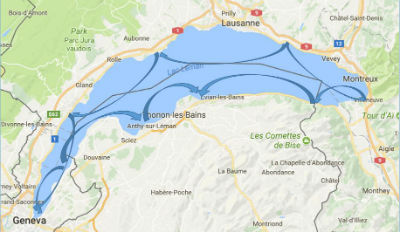 In 2016, Mike tragically lost his father to prostate cancer, following a very brave 14-year battle. Following the sad loss of his dad, Mike very quickly made the decision to do some fundraising - by canoeing 115 miles around Lake Geneva in Switzerland!

Mike completed the challenge in 40 hours and 47 minutes, paddling 4 to 6 hours per day, over 9 days, and coping with an average daily temperature of around 30-35 degrees centigrade!  In total, Mike raised an amazing £2,185, including match funding received from South Hook LNG.

When asked if he would do it again, Mike replied, “There were a few interesting moments on the trip, but the most memorable was being chased down the lake for 13 miles by a thunderstorm!” He continued, “I would like to take this opportunity to thank South Hook LNG for its support”. 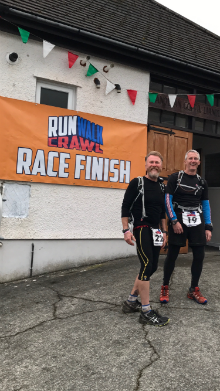 Neil’s wife struggles on a daily basis with Ulcerative Colitis, for which there is no known cure. So committed was Neil to the cause of raising as much money as possible, to help finance pioneering research by Crohn’s & Colitis UK, that he entered, not one, but two events!&nbsp;

Having signed up for the local Dale 10k, Neil also put his name down for the Cardiff Half Marathon. Powered on by thoughts of his wife and the difference that the money could make, Neil successfully completed both events!

Neil was keen to say, “We are truly honoured that South Hook LNG was able to donate money to my chosen charity. This will go towards helping to identify better treatments, improved care and life changing support and hopefully, someday, a cure”.

Chris undertook the demanding 100-mile Pembrokeshire Coastal Race last year with his running partner! Chris lost both parents to cancer, so decided that Withybush Hospital Cancer Day Unit would be a worthy charity to benefit from the fundraising.

The race took an arduous 36 hours and Chris said after the run, “What an extraordinary time it was. I’ve never experienced fatigue like it or had such big blisters! I loved every moment of it!”
Chris raised £1,100 and was keen to thank South Hook LNG for the donation 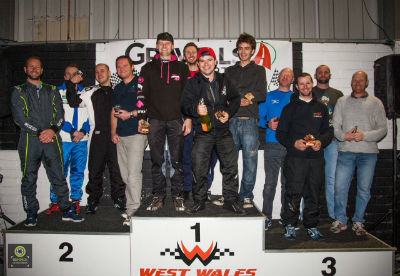 An enthusiastic team of four from South Hook LNG jumped at the opportunity to participate in the 90-minute endurance motorsport event, organised by West Wales Karting, also raising much needed funds for Paul Sartori, a local registered charity.  Paul Sartori is a Pembrokeshire charity that offers invaluable care and advice for those in the later stages of a life limiting illness.

Stamina and group tactics helped Jeremy, Eoin, Jason and Damien take a very impressive second place on the podium, beating around 100 teams!  The team also set the fastest lap of the evening!

After the race, Damien said, “A great event for an even greater cause. A huge thank you to South Hook LNG for the match funding and everyone who donated. The competition was tough and all in the South Hook LNG team put in a top drive”. 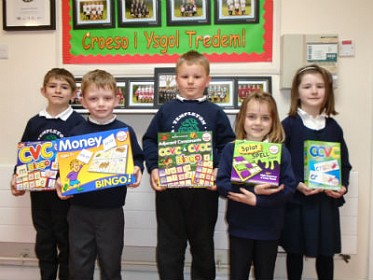 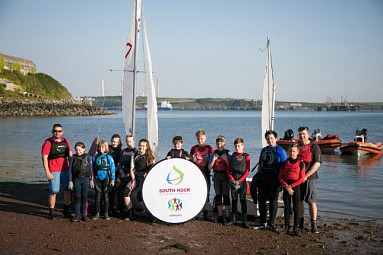 On a sunny late afternoon, armed with bin bags and litter pickers, a team of volunteer beach cleaners from South Hook LNG and the local village, Herbrandston, scanned the beach, collecting an array of refuse.

A team of willing volunteers from South Hook LNG recently took on the challenge of painting the main hall at the Pill Social Centre in Milford Haven, giving a fresh new look to the hugely popular community venue.

A number of our own staff are active in the community, spending hours of their time, involved in community ventures that mean something to them.